You don't have any saved vehicles!

Look for this link on your favorites:

Once you've saved some vehicles, you can view them here at any time.

An EV Breakthrough for Toyota Cars

Here at Toyota South, we’re always interested in what the Toyota brand is going to do next. Right now the industry is placing a big focus on green vehicles, meaning hybrid and electric cars. So it’s no surprise that Toyota researchers are working on ways to build more green cars and make them less expensive. Now it looks like they’ve found the perfect way to do it, with a new motor design that requires fewer rare materials.

There are a few big obstacles to more widespread green car adoption. One is “range anxiety,” which is when drivers worry that a hybrid or electric car won’t be able to get them to their destination without needing to stop for recharging. The other is the cost. EV motors use some expensive materials, which is why Toyota researchers are working on a way to build a less expensive power source that’s less reliant on rare metals.

Neodymium is a rare earth metal that’s used in the engines that power green cars. Toyota researchers have developed a new way of producing the magnets used in these engines while reducing the usage of neodymium by around twenty percent. This is good news for a few reasons. First, it could end up lowering the price of new Toyota vehicles that use hybrid and electric powertrains. It also means that shortages of this material won’t be as much of an issue. Most automakers are increasing green car production over the next few years, which means that finding ways to use less resources while building new cars is important. The Toyota brand was a pioneer in the green car field with the Toyota Prius, and now it looks like it plans to keep innovating and bringing us even better green vehicles.

Whether you’re looking for a new green car or just want to test drive one of our SUVs, visit our Toyota dealership near Lexington, KY today. Our dealers are ready to answer your questions about specific models or the latest advances in automotive technology. We look forward to assisting you!

You don't have any saved vehicles!

Look for this link on your favorites:

Once you've saved some vehicles, you can view them here at any time. 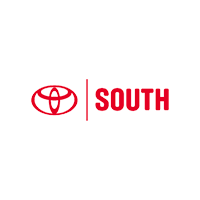